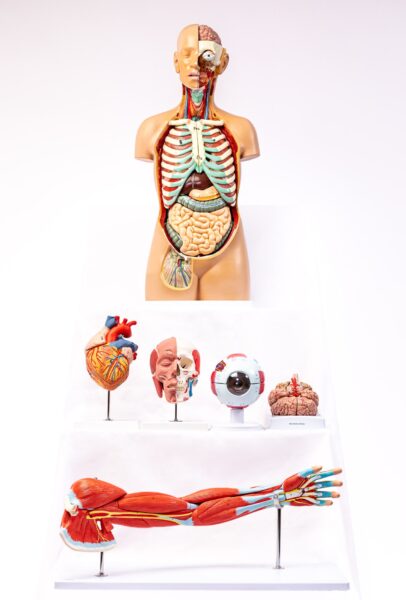 We are very pleased to announce the implementation of the next stage of our project “Learn the secrets of the human body in the anatomical theater of the 21st century”. As part of the ministerial subsidy, a set of educational models was purchased, which will be widely used in promoting knowledge about the structure of the human body. Our new acquisitions will be available to both students preparing for academic classes and all visitors to the newly established anatomical museum theater. Phantoms will be used during workshops and educational lectures aimed at children, adolescents and adults as well. We are therefore looking forward to the opening – as soon as the epidemiological situation allows – our new educational space, and we encourage all interested students to apply to the Museum of the History of Medicine of the Medical University of Warsaw to be able to take advantage of our new acquisitions (muzeum@wum.edu.pl) ).

We cordially invite you to see our gallery showing all the phantoms!

The anatomical models were purchased as part of the project ” Uncover the secrets of the human body in an anatomical theater of the 21st century “, co-financed by the program

“Social Responsibility of Science” run by the Minister of Science and Higher Education.